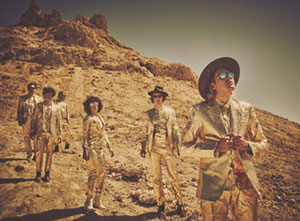 Arcade Fire will be performing 'in the round' at UK arenas in April 2018. The Infinite Content Tour will see the Canadian indie rockers playing from the centre of each venue with the audience surrounding them.

Arcade Fire will be touring in support of their fifth studio album, Everything Now, which reached number one in the UK and several other countries.