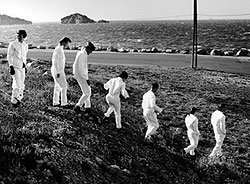 Arcade Fire have announced that they will perform their biggest UK show to date this summer, when they headline a huge gig at Hyde Park in London. The Canadian indie-rockers will be supported by Mumford & Sons, Beirut and The Vaccines during the huge concert, which will take place on Thursday 30th June.

Arcade Fire recently completed a sell-out UK arena tour, which was in support of their number one album The Suburbs. Fans will no doubt be pleased to see the band back in the UK so soon after their arena tour, and this concert is sure to be another sell-out.

Tickets go on general sale at 9am on Friday 28th January.