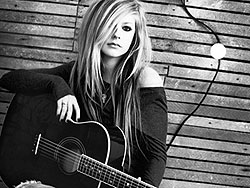 Avril Lavigne, the Canadian artist best known for her punchy pop-punk anthems, will perform two dates in the UK later this year. The UK dates form part of a much bigger world tour that Avril is currently embarked upon. The Black Star world tour is in support of Avril's fourth studio album, Goodbye Lullaby, which was released earlier this year.

Avril has promised that the tour will feature more acoustic performances, in keeping with the tone of her latest album which features piano and acoustic guitar tracks.

Avril Lavigne will perform two UK shows - at the Hammersmith Apollo on Wednesday 21st September and at the Manchester Apollo on Friday 23rd September. Tickets for both shows will go on sale at 9am on Friday 27th May.