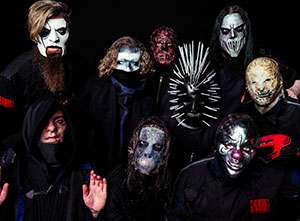 Slipknot will be touring the UK's biggest arenas in early 2020 – in support of their chart-topping album We Are Not Your Kind. The masked metallers will perform live at Sheffield's FlyDSA Arena on Monday 20th January as part of the tour.

Tickets to see Slipknot live on tour at the FlyDSA Arena went on general sale on Friday 30th August, priced from £38.50 plus fees.