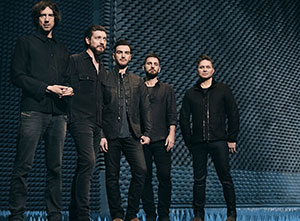 Snow Patrol will be celebrating their 25th anniversary with a UK & Ireland tour in late 2019. The 14-date tour begins in Cardiff on 13th November and finishes at London's Royal Albert Hall on 5th December. The band will perform classic hits as featured on their new Reworked album.

How to buy Snow Patrol tickets?