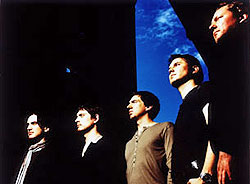 Snow Patrol have announced details of a new UK arena tour, to take place in January and February 2012. The new tour will be in support of the band's sixth studio album, Fallen Empires, which is due for release later this month.

Snow Patrol had previously announced several dates in Ireland, but today's announcement is sure to please British fans, who have been eagerly awaiting news of a UK tour. Snow Patrol will perform the following arena dates in early 2012:

British indie band Everything Everything have been confirmed as the support act for the tour.

Tickets to see Snow Patrol on their 2012 tour will go on general sale at 9am on Friday 11th November.