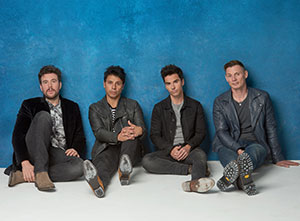 Stereophonics will be touring the UK's biggest arenas again in 2020. The tour will be in support of the band's new studio album, Kind, and includes twelve shows across the country during February and March. Two summer shows are also planned for Inverness and Bangor.

How to buy Stereophonics tickets?

Tickets for the two summer shows went on general on Friday 31st January, priced from £45 plus fees, at Ticketmaster.co.uk.