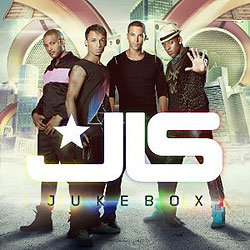 If you want to know where hard work and talent will get you in the music business then look no further than JLS. In 2008 they came 2nd in The X Factor. They went on to release 2 top selling albums, JLS and Outta This World, and have now released their 3rd one, Jukebox, which looks set to follow the same winning path.

Interestingly, while Simon Cowell praised JLS on The X Factor for being such a great act, he failed to sign them up after Alexandra Burke won the final. So JLS were snapped up by Epic Records who have laughed all the way to the bank - that's life Simon!

JLS are certainly a hard working band. Not only have they made 3 albums in 3 years, they have appeared in many TV programmes and specials, made a 3D documentary about themselves, played to packed houses on tour, launched a range of their own merchandise and supported various charity functions. The lads have built up a huge following and are going out on tour again in March 2012.

Being their 3rd album you would expect Jukebox to be a more mature affair and it does not disappoint. The emphasis is on their own blend of R&B/dance/techno pop music. There are 12 songs and JLS have been involved in the writing of 10 of them. Two of the songs have already been out as singles, She Makes Me Wanna and Take A Chance On Me. Another song on the album, Do You Feel What I Feel?, is to be the next single release. It features a sample of Bing Crosbie's Do You Hear What I Hear?

There are fewer slow numbers on this 3rd album and the last track, Shy Of The Cool, is the only ballad here. The beat is definitely up for most of the time. Production is good and consistent throughout which is a surprise because there are 13 producers listed. This seems excessive to say the least and is perhaps explained by the fact that JLS recorded many more songs than were required before choosing which ones to put on the album. The hit single and album opener, She Makes Me Wanna, is easily the best track. The rest are all very similar and a bit more variety would be a good idea for the next album release.

JLS fans will be delighted with Jukebox. It cements the band's position as one of our most successful recent acts, and one that looks likely to be around for a long time.