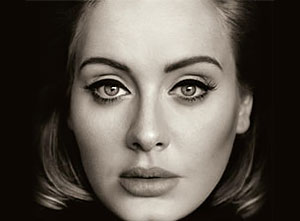 Adele has announced plans for a series of UK & Ireland arena shows in 2016 as part of a wider European tour. It will be the singer's first tour in almost five years, and will be in support of her recently released third studio album – 25.

Her latest album has already broken the record for the UK's fastest-selling album of all time, and is certain to reach No.1 when the UK chart positions are announced tomorrow.

Announcing the tour in a short video posted on Twitter, Adele said: "I have been bluffing this whole time and I'm so relieved to tell you I am of course coming on tour."

Adele will perform the following UK & Ireland shows during next year's tour:

Tickets for the Adele's UK & Ireland shows will go on general sale at 9am on Friday 4th December. Members of Adele.com will have the opportunity to get advance access to tickets from 9am on Tuesday 1st December.