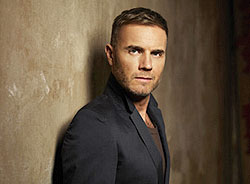 Gary Barlow has announced a solo tour of the UK and Ireland. The 16-date tour will begin at Bournemouth International Centre on 13th November and will conclude at Waterfront Hall in Belfast on 8th January.

Speaking about the upcoming tour, Gary said: "I'm really excited about these dates. Playing live is my favourite thing and I haven't played a solo show for over a year now. Last year playing two London shows was brilliant, we all had such a good time, so I thought right let's get out and see the rest of the country!"

Gary Barlow will perform the following dates during his UK & Ireland tour:

During the tour, Gary is expected to perform songs spanning the entirety of his incredible music career.

Tickets for Gary Barlow's solo tour will go on general sale at 10am on Friday 19th October.