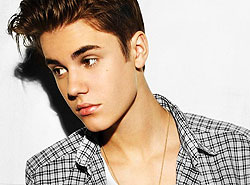 Justin Bieber has announced a UK arena tour to take place in February and March 2013. The Canadian singing sensation will perform a series of arena dates across England next year, including shows in Manchester, Sheffield, Liverpool, Birmingham, Nottingham and London.

Last week, Justin celebrated the success of his third studio album, Believe, which topped album charts on both sides of the Atlantic in its first week of release.

The tour will include no dates at venues in Scotland, Wales or Northern Ireland.

Tickets for Justin's Believe tour go on general sale at 9am on Friday 6th July.