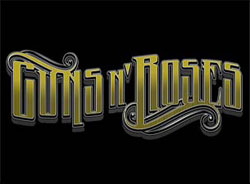 American rock band Guns N' Roses have announced a series of UK arena dates to take place in May. The band will perform gigs in Nottingham, Liverpool, Newcastle, Glasgow, Birmingham, Manchester and London as part of their UK tour.

Shortly before their UK tour begins, Guns N' Roses are due to be inducted into the Rock & Roll Hall of Fame at an induction ceremony in Cleveland, USA.

Guns N' Roses will perform the following UK tour dates in May 2012:

Tickets to see Guns N' Roses on their UK tour will go on general sale at 9am on Friday 2nd March.