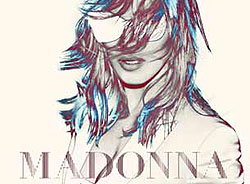 Following her performance during Sunday's Super Bowl half-time show, Madonna has today announced details of a massive world tour. The tour includes two UK shows, which will take place at Hyde Park in London and Murrayfield in Edinburgh, during July.

Madonna's world tour will be in support of her forthcoming twelfth studio album, MDNA, which is due for release in March. The first single from the album - Give Me All Your Luvin' featuring Nicki Minaj and M.I.A. - is available now in digital download format.

Madonna has so far confirmed the following UK & Ireland dates as part of her 2012 world tour:

Promoters Live Nation have said that more dates and cities will be announced soon, so it's possible that further UK dates may be added.

Tickets for Madonna's 2012 UK dates will go on general sale at 10am on Friday 10th February.