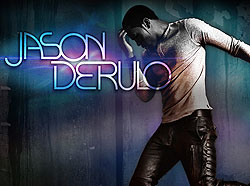 Following an injury to his neck, sustained while performing an acrobatic move during rehearsals, Jason Derulo has been forced to cancel all his upcoming UK and Ireland tour dates. The Miami based singer was due to begin the tour in Glasgow on 23rd February with further dates continuing through until early March.

After being rushed to hospital after the ill-fated move, it was confirmed that Jason Derulo had fractured his neck.

A photo posted on the singer's website shows him lying on a bed wearing a neck brace, which he will need to use for the next few months.

Jason Derulo said: "To all my fans who planned to come to the Future History World tour, the pain of letting you down cuts me way deeper than this injury I've sustained. My fans mean everything to me, so I'm praying for a speedy recovery in order to perform for you in the near future."

Fans who had already bought tickets for the tour will receive a refund from the original point of purchase.

We wish Jason a speedy recovery and look forward to seeing him perform live in the UK soon!