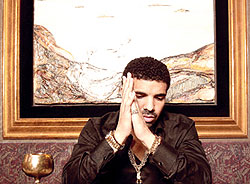 Canadian recording artist Drake has announced that he will embark on a full UK arena tour in March and April 2012. The tour, which will be Drake's biggest UK outing to date, will be in support of his second studio album, Take Care, which was released last month.

Drake will perform the following dates as part of his 2012 UK tour:

The UK arena dates will form part of Drake's Club Paradise Tour, which begins in North America early next year. Drake's UK fans have been eagerly awaiting a tour announcement since he released his latest album, so these arena gigs are sure to be very popular.

Tickets for Drake's 2012 UK tour will go on general sale at 9am on Friday 16th December.