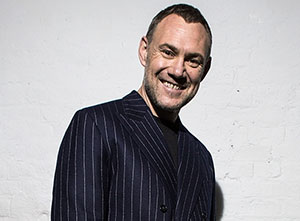 Where: The SSE Arena, Belfast

David Gray will mark the 20th anniversary of his multi-million selling White Ladder album with a UK arena tour in 2020. The English singer-songwriter will perform live at Belfast's SSE Arena on Tuesday 31st March as part of the tour.

Tickets to see David Gray live on tour at the SSE Arena went on general sale on Friday 11th October, priced from £35.50 plus fees.