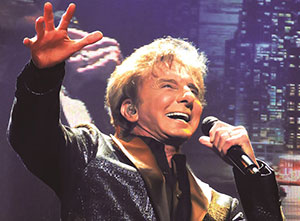 Barry Manilow will return to the UK in 2020 for a limited number of arena shows. The musical legend will perform his many hits when he visits Glasgow's SSE Hydro on Sunday 7th June as part of the tour.

Tickets to see Barry Manilow live on tour at the SSE Hydro went on general sale on Friday 20th September, priced from £35 plus fees.