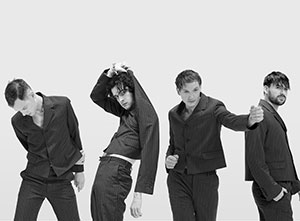 The 1975 will be touring the UK's biggest arenas in 2020, in support of their new album Notes on a Conditional Form. The BRIT Award-winning group will perform live at Birmingham Arena on Tuesday 25th February as part of the tour.

Tickets to see The 1975 live on tour at Birmingham Arena went on general sale on Friday 20th September, priced from £36 plus fees.