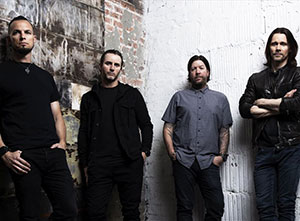 Alter Bridge will be touring the UK in late 2019 in support of their new album Walk The Sky. The American hard rock band will play live at Manchester Arena on Sunday 15th December with support from Shinedown and Sevendust.

Tickets to see Alter Bridge live on tour at Manchester Arena went on general sale on Friday 21st June, priced from £35 plus fees.