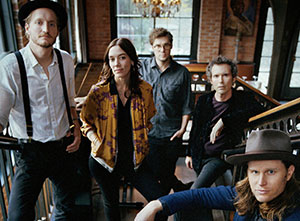 The Lumineers in Glasgow

The Lumineers will be touring the UK in support of their third studio album, III, during the autumn of 2019. The American folk rock band will play live at Glasgow's SSE Hydro on Friday 22nd November as part of the tour.

Tickets to see The Lumineers live on tour at the SSE Hydro went on general sale on Friday 12th April, priced from £32.50 plus fees.