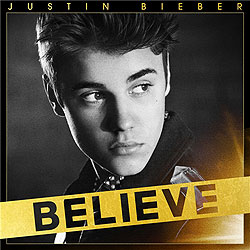 Teenage pop sensation Justin Bieber recently released his third studio album, Believe, which shot straight to the top of the chart and became his first UK number one. We've got three copies of Justin's new album to give away to three of our lucky readers.