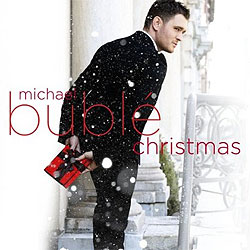 With the holiday season rapidly approaching, a variety of festive albums have recently been released. One of the better offerings is by Canadian crooner Michael Buble. His aptly named Christmas album features a host of well known songs, including a duet with Shania Twain on White Christmas.

We've got three brand new copies of Michael Buble's Christmas album to give away to three of our readers. All three copies are the special edition version of the album, which includes three bonus tracks and a DVD titled The Making of Christmas.

This competition closed on 4th December 2011.