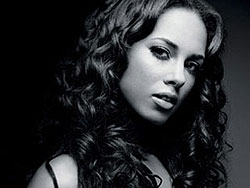 Alicia Keys is an R&B singer-songwriter from New York. Her debut album, Songs in A-minor, was an instant success selling more than 12 million copies worldwide. Alicia has amassed an incredible collection of music awards, including an amazing 14 Grammy Awards!

Alicia Keys visited the UK in May 2013 for a series of arena shows in Liverpool, Newcastle, Manchester, Birmingham, Nottingham and London.