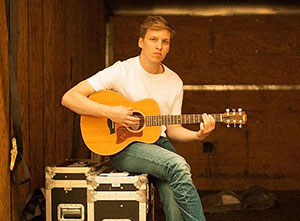 George Ezra undertook his biggest tour to date during the spring of 2019. The chart-topping singer-songwriter played shows in eleven cities across the country during March 2019, including two huge shows at the O2 in London.

To mark the end of his Staying at Tamara's UK Tour, George Ezra will perform two further shows at the Royal Albert Hall in September.

How to buy George Ezra tickets?