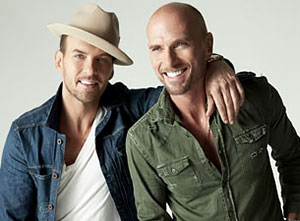 BROS burst on to the pop scene in 1987 with the single When Will I Be Famous?, which reached No.2 in the UK chart. The answer to the question posed by their hit single came immediately. In the 2-year period that followed, the band had eight Top 10 hits, a platinum-selling album and achieved worldwide fame.

In October 2016, twin brothers Matt and Luke Goss announced that the band would reform for a one-off concert in 2017.

Due to the overwhelming reaction to the band's comeback, BROS have announced a UK arena tour to take place in August 2017.