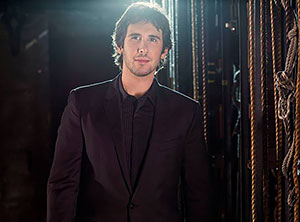 American singer-songwriter and multi-instrumentalist Josh Groban saw his latest studio album, Stages, reach No.1 in the UK chart during April 2015. Three of his previous albums also reached No.1 in the US Billboard chart.

Josh Groban completed a UK & Ireland tour in May 2016.