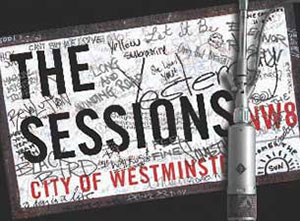 The Sessions is a multi-million pound stage show, which is based around a live re-staging of The Beatles at Abbey Road. The show features a state-of-the-art reproduction of the iconic Abbey Road Studio 2, seven vocalists (two 'Johns', two 'Pauls', two 'Georges' and one 'Ringo') and a 21-piece orchestra.

Following a charity preview performance at Liverpool's Echo Arena on 30th March 2016, the show was due to go on a UK-wide tour in May and June 2016. However, after completing only a couple of dates the tour was cancelled.