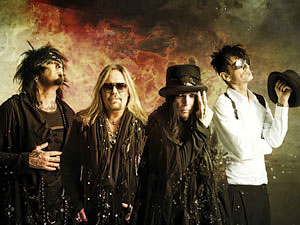 After announcing plans to retire at the end of 2015, Mötley Crüe were joined by Alice Cooper at four UK arena shows in November 2015 as part of The Final Tour.