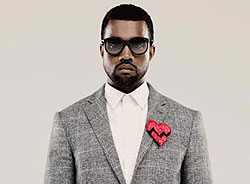 Kanye West is an eighteen time Grammy Award winning American rapper. His hit singles include Stronger, Gold Digger and Love Lockdown. All but one of Kanye West's five solo studio albums have reached number one on the US Billboard chart, including his last solo album My Beautiful Dark Twisted Fantasy.

Kanye West recently experienced further success by collaborating with fellow rapper Jay-Z on the album Watch The Throne. Kanye West and Jay-Z will both visit the UK in 2012 as part of a European-wide tour in support of their chart-topping album.