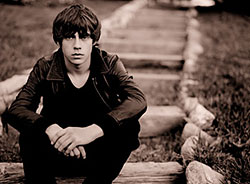 Jake Bugg is one of the most exciting and unique artists to have emerged out of the UK music scene in recent years. Jake's self-titled debut album, which was released in 2012, has sold over one million copies worldwide and reached No.1 in the UK chart.

Jake Bugg performed a series concerts across the UK during the autumn of 2014, including a show at London’s Alexandra Palace.