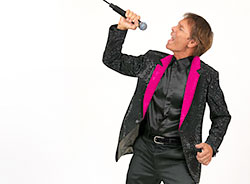 Sir Cliff Richard is something of a British institution. He has been a constant fixture on the British music scene since the 1950s, when he first started recording music with his backing group The Shadows. More than fifty years later, Cliff Richard has amassed more single sales than any other UK artist and has sold an incredible 250 million records worldwide.

In 1995, Cliff Richard became the first British rock star to be knighted when he was honoured by the Queen.

Cliff Richard turns 75 in October 2015, and he has a UK tour planned to coincide with his birthday celebrations. He will visit eight cities around the UK during the tour, which culminates with five shows at the Royal Albert Hall.