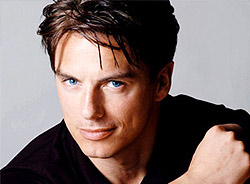 John Barrowman is a multi-talented performer who has appeared in BBC's Doctor Who and Torchwood, as well as being a judge on TV talent shows How Do You Solve a Problem Like Maria?, I'd Do Anything and Any Dream Will Do with Andrew Lloyd-Webber.

John Barrowman's role as Captain Jack Harkness in Doctor Who earned him his own spin-off TV series, Torchwood, in which he was described as 'Tom Cruise with suspenders minus the Scientology'.

John's latest CD, The Very Best of John Barrowman, was released in September 2011. John will perform a series of outdoor concerts in June 2012.