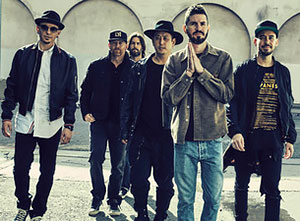 Linkin Park exploded onto the music scene when their debut album, Hybrid Theory, went multi-platinum around the world following its release in 2000. The album's success, and the hit singles that it spawned, won the band a Grammy Award for Best Hard Rock Performance.

Linkin Park's seventh studio album, One More Light, is due for release in May 2017.

Linkin Park have announced a short UK arena tour for July 2017, which will see the band perform three shows in London, Birmingham and Manchester.