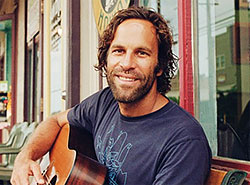 Jack Johnson is the smash hit artist from Hawaii with a distinctive laid-back musical style. Three of Jack's six studio albums have reached No.1 in the UK chart. Worldwide, Jack Johnson has sold more than 20 million copies of his albums.

Jack Johnson's most recent UK show was at the Hammersmith Apollo in July 2014.